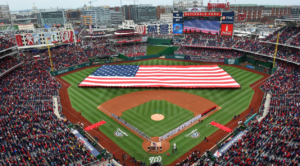 With Opening Day in the nation’s capital just around the corner, the Washington Nationals are proud to unveil the March to Baseball campaign, an exciting promotion that gives the team’s most loyal fans the opportunity to win daily prizes while counting down to the start of the baseball season.

In the weeks leading up to Opening Day, every Nationals Season Plan Holder signed on for the 2014 season will automatically be entered for a chance to win one of 30 fantastic daily prizes. The grand prize, a Nationals road trip experience, will be announced when the Nationals open the season in New York on March 31, 2014. Read More