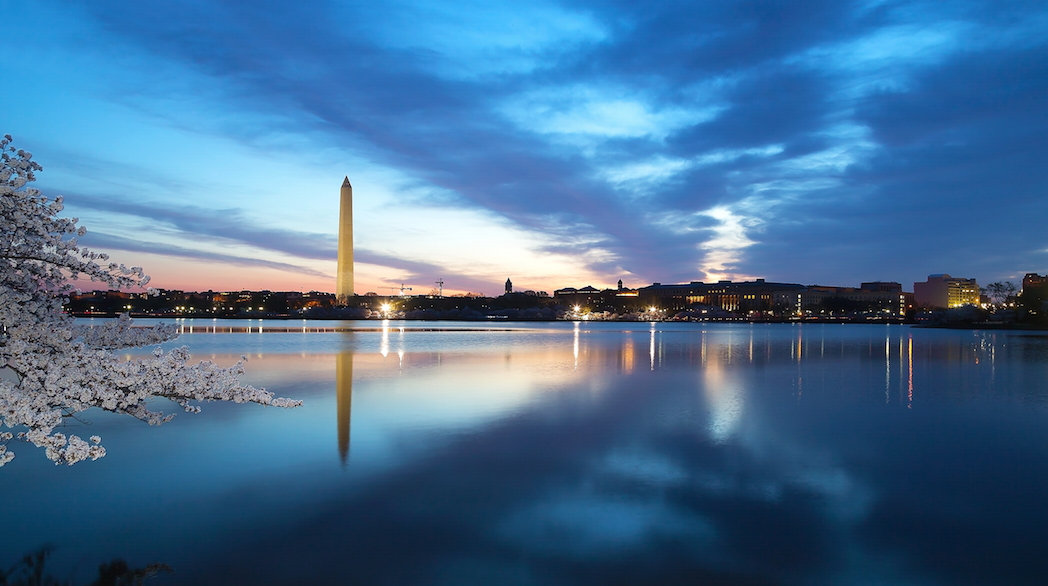 The Washington Monument is the most prominent structure in Washington, D.C. and one of the city’s early attractions. It was built in honor of George Washington, who led the country to independence and then became its first President. The Monument is shaped like an Egyptian obelisk, stands 555′ 5 1/8″ tall, and offers views in excess of thirty miles, it has 897 steps in the stairwell and a elevator was install in 1998, the travel time to the top 70 seconds. The monument was finished on December 6, 1884. It is an obelisk near the west end of the National Mall.

The Lincoln Memorial occupies a prominent space on the National Mall in Washington, DC and is a tribute to President Abraham Lincoln, who fought to preserve our nation during the Civil War. The Lincoln Memorial stands at the west end of the National Mall as a neoclassical monument to the 16th President. The memorial, designed by Henry Bacon, after ancient Greek temples, stands 190 feet long, 119 feet wide, and almost 100 feet high. It is surrounded by a peristyle of 38 fluted Doric columns, one for each of the thirty six states in the Union at the time of Lincoln’s death, and two columns in-antis at the entrance behind the colonnade. The north and south side chambers contain carved inscriptions of Lincoln’s Second Inaugural Address and his Gettysburg Address. Lying between the north and south chambers is the central hall containing the solitary figure of Lincoln sitting in contemplation. The statue was carved in four years by the Piccirilli brothers under the supervision of the sculptor, Daniel Chester French. The statue of Lincoln is 19 feet high and weighs 175 tons. The original plan was for the statue to be only ten feet high, but this was changed so that the figure of Lincoln would not be dwarfed by the size of the chamber. A commission to plan a monument was first proposed in 1867, shortly after Lincoln’s death. The design for that plan called for six equestrian and 31 pedestrian statues of colossal size, with a 12-foot statue of Lincoln in the center. That project was never started for lack of funds. Learn More or Take the Virtual Tour.
Museums You’ll Want to see